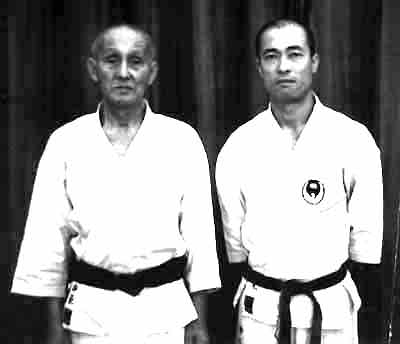 The Wado International Karate-Do Federation or Wado Kokusai Karate-Do Remni was founded in 1991 by Professor Tatsuo Suzuki 8th Dan Hanshi in order to protect the essence of Wado Ryu Karate-Do as taught to him by the founder, Hironori Ohtsuka.

Before Ohtsuka’s death, discussions took place involving him and Eiichi Eriguchi (then chairman of the Wado Kai) in which it was made clear that Ohtsuka Sensei wished to have Tatsuo Suzuki become his successor. Suzuki Sensei was diffident about accepting the honour, claiming instead that it should pass to Ohtsuka’s son. However, after Ohtsuka’s son took over, there were many political and technical problems in America, Europe, and Japan. Many inconsistencies with Kata and techniques began to evolve. Suzuki Sensei tried to reunite the Wado organizations on several occasions only to have them resume their bickering as soon as he left Japan. Suzuki Sensei’s growing dissatisfaction with the way things were proceeding and his realization that his time was limited, made him decide to take a different route to preserve Ohtsuka Sensei’s teachings. This was the reason he decided to start his own International Wado-Ryu organization. He was the only man left who has studied intensively with Ohtsuka Sensei during his peak performance years, from fifty to seventy years old.

The Wado Kokusai is established in over 50 Countries and is organised into three regions, Europe, Pan America and Asia. The Wado Kokusai is the largest out of the three main Wado groups. Suzuki Sensei was a loyal man to his teacher, the founder of Wado-Ryu the late Master Ohtsuka. Before Sensei Suzuki’s passing he emphasised how the style should not be changed and the orginal teachings as taught to him and passed to his senior students should maintained; this is the goal of our association.